When you work in adventure travel, you get used to having people who look like they just patted the desert off their shoulders and shook the ocean out of their hair come into your office. It takes a lot - and I mean moving rocks with laser beams shot out of your eyes and talking to woodland creatures and writing music that tears at all our heartstrings - to surprise us. In walks Nour Eldin Sherif, who rocks all of the above and a head full of brown curls to match.

Nour has cycled 6000 km around Egypt, biking off-beaten paths all the way from Cairo to Ismailia, from Luxor to Sinai. On a break from snapping gorgeous shots, playing his ukulele, and giving out balloons to children, Nour sat down with us to explain the IR-rationale behind his phenomenal journey.

What prompted you to go on this trip? And why by bike?

In the fast paced life we live in, it’s a slow way of traveling. Biking gave me this renewed appreciation for my surroundings that I otherwise raced through. It made me fall in love with photography. I spent 6 years of my life living in Sharm, and my bike was my main means of transportation. When I moved to Cairo, everyone discouraged me from riding one, what with all the hustle and bustle of the streets. At some point, I just felt like it was calling me back to it, and because I loved it, I had to commit to it!!

How did you plan out the route and logistics for a trip like this?

I started by going on little day trips to Qalyobia, Helwan, Giza. Then, my first actual trip was around the Delta Triangle. I went from Cairo to Ismailia to Alexandria. After that I took my bike to Sharm and cycled the road from there to Dahab. My big trip involved a lot of research. I had to know my exact route, what stops I’m going to make, and how many kilos between each one. I wrote down all the numbers of the people I knew from different governorates, so I would contact them when I got there. I spent hours on Google maps zooming in on the roads I’ll be taking. If a place is marked/named on the map, it probably has somewhere I can stay at. There were however times where I slept out in the open. On my way to Nuwebai I had rock climbed and free dived the day before, I was completely beat, so I just put up my tent in the middle of the dessert and slept.

What kept you entertained during long days on the road?

Conversations with the wind .. Which didn’t always go well. I woke up one day in a place called karyeit ElZayat and the wind had been working against me for the past two days and I started to beg it to be kind to me. I was very tired, and had a long distance to cover. I was still starting the road when with a wind sweep my hat and sunglasses started attacking me, completely blocking my view. “Today you’re in my face, tomorrow you’ll be in my back” I’d taunt it. Interesting conversations we had.

Did you ever feel scared or lonely on the road?

It’s a lot more of a psychological challenge than a physical one. Because I’m alone, it was much harder to keep going. The thought that you can give up at any time is always dangling in front of your eyes. You forget the “why” behind what you’re doing. In the midst of all the knockdowns, shouts and cries, you forget why you are doing this, and it confuses you. There was a day in the middle of the desert, I couldn’t take it anymore, I had no signal, I couldn’t call or reach anyone, I had no food and a short supply of water. I started questioning my whys and the entire trip. So I pulled over, got off my bike, and started to yell and scream and tug at the wind until I drove out all my negative energy. Then I got back on my bike and took on a very steep road. This was one of my most difficult days.

Were you afraid to come back?

I was scared that I won’t be able to stay in one place for too long, that I’d feel claustrophobic. On the road I was constantly on the move from one place to another and that was euphoric. During the first part of my trip I’d chronicle my journal with “Day X – Away from Home”, but by the end of it, it was just “Day X”. At some point I found so much comfort in the road, it became my home. So the idea of stillness really got to my head. I was scared that after 100 days of this amazing experience, I’d go back to being the same city guy. That I won’t be able fit the experience into my Cairo’s life.

Where would you say was your favorite place?

How did your music take part in your trip?

My love for playing music in public spaces came about a few years back when I started Mashrou’ Saada with a friend of mine. We were doing an event in a place called Darb Saada. I’ve always believed that art is a reflection of the people’s culture, so while I was there I decided to write a song. I wrote the first part of the verse, and started moving along the street asking people what they thought the second part of the verse should be. The people wrote the song with me, and by the end of the night everyone on the street was singing it. The entire 7ara.Children were running around saying excitedly how they wrote a song! It was exhilarating. Ever since I’ve had a certain appreciation to music in public places, and how it puts a smile on people’s faces. So my ukulele always has a place on my bike, and in my trip.

Aside from the basics, what item is a must-bring thing for you on your trip?

Besheer, he’s my wooden elephant! I place him on my bike, and used to speak to him during lonely days on the road.

The importance of being earnest 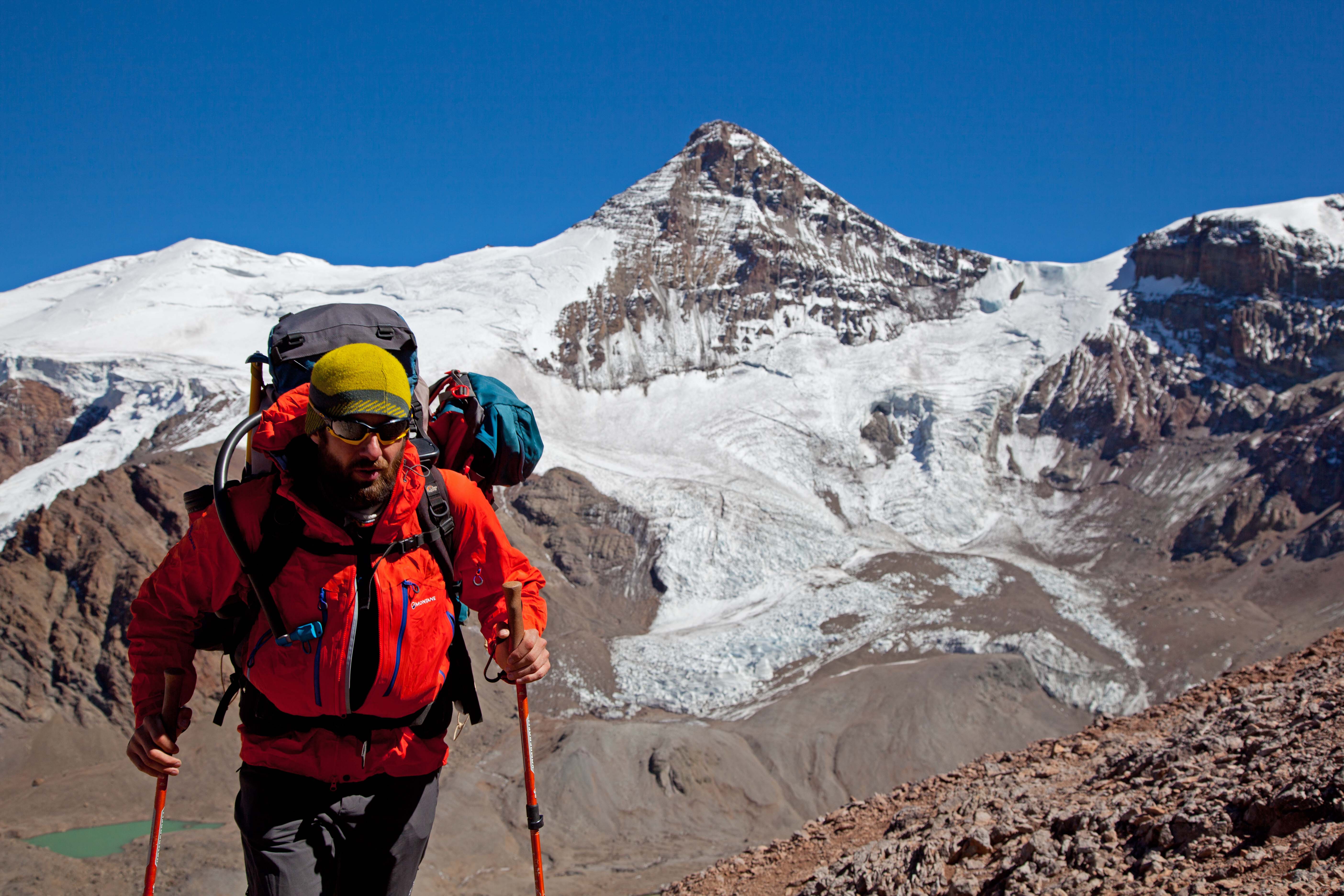